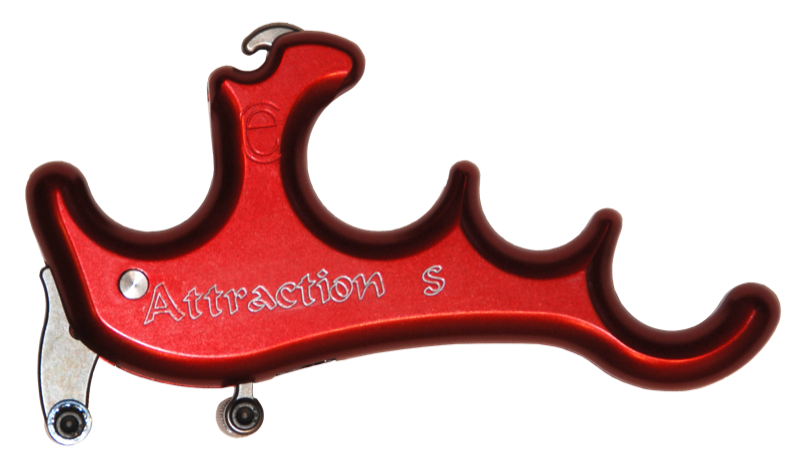 The all new Attraction from Carter Enterprises has once again raised the bar in mechanical release aids. In the past, mechanical release designs limited the shooter to deciding on one shooting style or the other. However, the Attraction gives the shooter the option for shooting either a pull tension activated release or a thumb trigger activated release all in one comfortable unit by simply adjusting one Allen head screw you can change the release from being pull tension activation to the thumb trigger activation release. The Attraction is a perfectly harmonized combination of the top selling Evolution Series and the most popular Target Series of release aids from historical Carter Enterprises. The Attraction has a very unique trigger and safety mechanism that allows the archer to execute the exact same shot regardless of the preferred activation method. In the past most pull tension releases require the archer to depress the trigger to activate the safety while drawing the bow which is opposite to what is done to shoot a typical thumb activation release. With the new Attraction design the archer can draw the bow without depressing the trigger and then press the trigger and hold it in while pulling through a perfect shot. One release, one shot feeling but with two different execution shot options. Besides the unique trigger design the Attraction also has slick new options including removable pin set up for trigger tension customization, removable ITS magnet system, safety re-cocking lever for ease on let down and features an open jaw hook for quick and easy loading to a D-loop. Whether you prefer to pull, squeeze or BOTH, the Attraction is the release for you!